BF: How did Yo Viajo Sola came about?

Mari Laura: We (Eva and Mari Laura) went on a trip in August and our other friends Paulina and Patricia. The process was really fun because we had to plan the trip according to the style of each one. The day before was when I started to panic that we were going to be alone in Latin America. I found an article on Buzzfeed that spoke about how fake is the conception of women traveling alone are at risk. Women who travel alone are often blamed if something goes wrong. It’s always that she is a prostitute or a political spy. That article changed my perspective completely. I knew we were going to be fine. During the trip, we were taking a train from Aguas Calientes to Cuzco. I went to the bathroom and when I came back I had the idea in my mind. I commented something about it but it wasn’t concrete. Eva was in from that moment. When we got back, we started talking to other women about the idea.

Eva: My mom kept saying to me that this project was really important, that we had to deal with it. We have never done anything like this. So, we were really lost. I got help from my cousin who works with Grupo Guayacán and has had to work with multiple startups. he introduced us to Stephanie Krueger. She is the one that told us what were the next steps.

Mari Laura: It’s been super organic because, since the first time we sat down with Stephanie, the feedback we got made us adjust a few things regarding our demographics and mission. Yo Viajo Sola has almost been creating itself because we can say what we want it to be, but tomorrow we might find out that the project has decided to become something else.

BF: Why do you think it’s important to create content that is directed towards women?

Mari Laura: Precisely because it’s still controversial to create content that is female-oriented when throughout history there has been content that is male-only and no one says anything. We don’t have a space and it’s time to create it.

Mariluli: There are still a lot of prejudices and taboos. If it’s a woman in her own country, she still experiences many challenges. Imagine what it’s like when you go to other places. Starting with the people who really know you who start questioning everything you do. It’s about changing the discourse.

Eva: What we have tried to do, at least now that we are surveying around, is that whenever a man asks if he can’t do the survey because it’s supposed to be female-oriented, we welcome their feedback as well. Clearly, men are also part of the feminist movement. 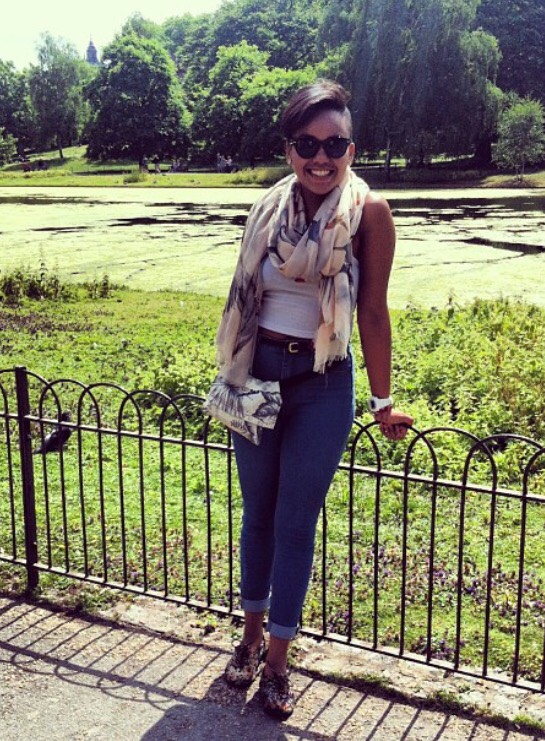 BF: Why do you think traveling is important?

Eva: My travels always change me, especially the trip to Peru. We came back from that trip super refreshed. It’s always a similar experience with the other travels I’ve had because it makes you face so many things, not only about the world, but about yourself. You get to see how you act outside of your comfort zone, how you react to other cultures, food and spaces. To me, as Puerto Rican, it’s very important, not only that women travel, but that everyone travels to get out of the island because we have no frontiers with any other country, so we don’t brush shoulders with any other culture, beside the American for political reasons. Yo learn to appreciate other countries for what they are doing well, but also realize what you love about the island.

Gabriela:  I started traveling really young by myself. The first time was at 13 with my aunt to California. I had been offered an internship with an architecture firm and my mother encouraged me to do it. She thinks that it is really important to expose yourself to other cultures and situations. That trip, in particular, helped me to identify myself, develop my interpersonal abilities and to set what I actually wanted to do in the future. You learn how to be comfortable by yourself and enjoy your own company.

Eva: But, that is not a quality women are instigated to have. Socially, it’s not very acceptable that you go out alone because people feel about you or judge you for being alone.

Mariluli: That’s true because, throughout this survey process, we’ve encountered that the majority of women don’t travel alone because of money but because they are afraid. That shocked me because I always thought it was an economic thing. In the end, the majority of experiences you have by yourself in other countries and in the island are good. Afterwards, you ask yourself ‘Why was I afraid?’. 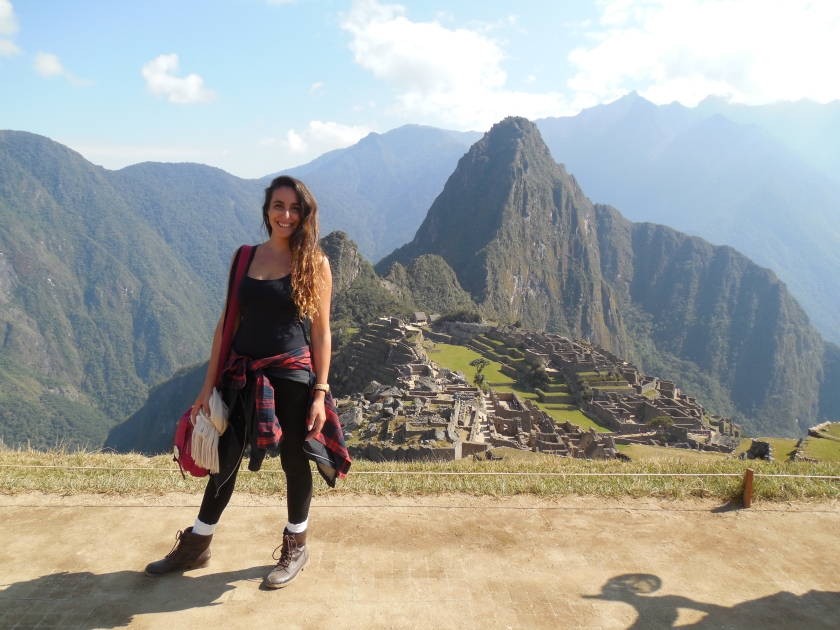 BF: Have your parents supported your traveling aspirations?

Mariluli: I have been blessed enough that my mother always allowed me to go to all the trips my high school planned. When I told her I wanted to study abroad in Argentina, she was super happy and kept motivating me to find other similar opportunities. On the other hand, my dad is always questioning it. He’s always had an issue with the way I am and we’ve had several conflicts because of it. I always confront him, though. I think his mentality comes from a perspective of preference towards always staying within the US and Caribbean, but when I decided to go to Argentina, he wasn’t so keen to it.

Mari Laura: We almost never notice but, when we decide to be whoever we want to be- travels included- we affect the people around us. In my experience, my parents have grown along with me. They never thought I would study abroad or travel by myself. By me doing it, my parents have tried to re-educate themselves. They don’t question it anymore; they just try to help.

Eva: I think we’ve also been very blessed to have parents that have given us certain liberties to do what we wish. That’s what happened when I decided to move to Barcelona. A month before, I said I would do it and that was it. My dad wasn’t too happy about it but I had confront him and make him face the reality of who I am. Two weeks later, he was as excited as me. 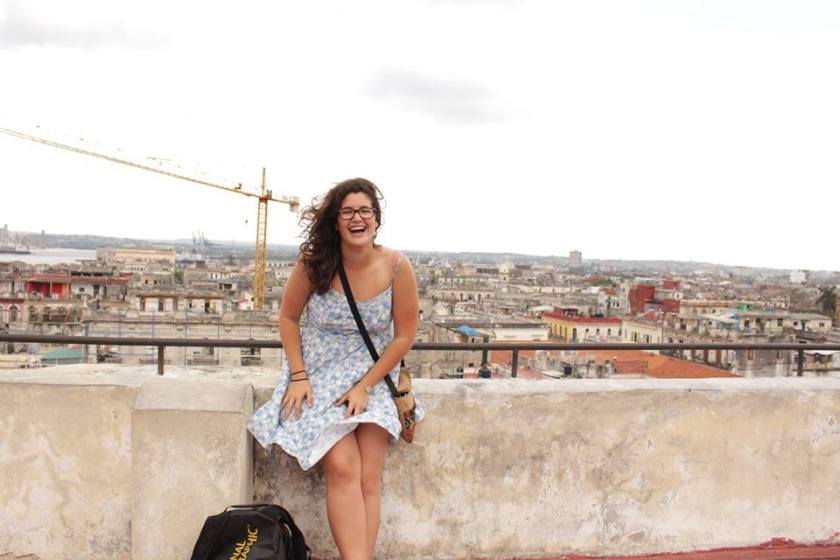 BF: Have you faced challenges in dating or with your partners because of the instability that being independent and traveling entails?

Mariluli: I’ve had a boyfriend for the last 3 years and I can recognize that he is an exception in many ways. He was also raised in a very chauvinist circle. But, as someone involved in counterculture, he wants to challenge many expectations when it comes to this topic. He notices whenever he says something really chauvinistic because he know I will confront him about it and that it’s something that he learned through others and not what he wishes to be.

Eva: I think the key is for men to understand that how we are reacting is a consequence of the treatment we’ve received throughout our lives and that, as much as they try to be in our shoes, they never will. They will never understand how nauseating it is to be physically harassed on the street. It’s indescribable how a man can harass you without even touching you. It’s the same with other issues as well. As a white woman, I will never understand the issues of a black woman. I can sympathize but I can never say that I fully understand because it’s not true. I think what men can do about this is try to understand our perspective to transform their actions, attitudes and language.

Mari Laura: To me, it’s very interesting because my partners haven’t always been men. And I’ve realized that I put myself in positions that are not always feminist. I have been in situations in in which women partners have told me I am a strong woman, while others have questioned my decision of being independent.  They have even tried to change the way I dress or have blamed me when a man approaches in an indecent way. What I’ve tried to do in response to that is create a sense of self that no one can change to the point where people that I’ve dated know and appreciate me for who I am, and not what they want me to be.

Eva: The thing is that is what a healthy relationship should be. But, women are not encouraged to put themselves first. It’s always the opposite. Many women are afraid of having that attitude and self-respect because they have certain expectations of themselves in a relationship that are socially constructed. At the same time, women have expectations about men that are not fair to them at all. No one ever fills all the boxes in the checklist.

Gabriela: I think it’s about recognizing that to be in a relationship you have to be with someone that is not going to take away essential parts of you. And because of what Eva said, it’s very difficult to find someone that has the same mentality of independence 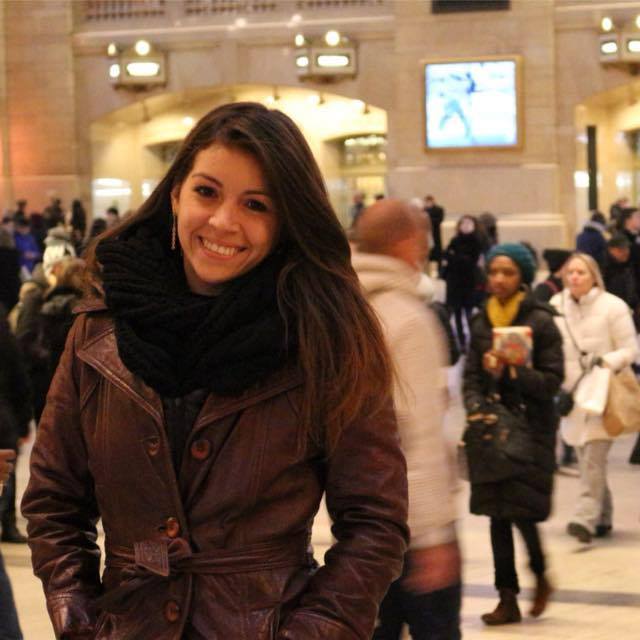 BF: What would you say to a young girl who feels off beat because of her independent spirit?

Mari Laura: It’s necessary to be awkward at a young age. It’s part of growing up. To breathe deeply and not think about it that much. Don’t let yourself go because of hashtags and likes.

Eva: Also, the people that are around her right now are temporary and easily replaceable.

Gabriela: It’s just a phase. It goes away.

(This interview has been edited and condensed.)