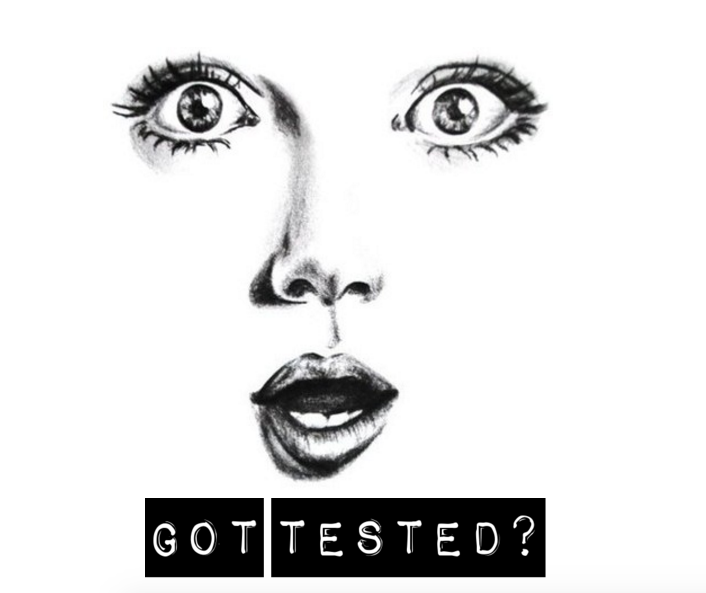 Taking control of our sexual health is one of the most badass things a woman can do. Knowledge is power, and sexual empowerment comes with the responsibility of understanding our bodies and the threats it faces. According to Mayo Clinic, a yearly test is recommended to any sexually active individual, and that includes a pap smear and blood tests, since some diseases like Gonorrhea are not detected in blood samples.

That being said, it’s still not a fun experience to take an STD test. Who the fuck enjoys being asked personal questions by a judging nurse or opening their legs to a middle-aged man who you just met? But complaining will not make for safe sex and it’s shameful to be reaching your 30s without taking a proper STD test.

Five women in their 20s, shared their experiences with Badass Files and they all share one thing in common: taking responsibility feels fucking great.

“I started dating a new guy and sometimes you kind of forget about protection when you get to it. When we finished, I got irritation down there. I didn’t have any STDs, though. The experience per se wasn’t so bad. The girls who drew my blood told me to calm down because irritation was normal. Still, the tests were too expensive and I don’t think that such an important test should cost so much.”, Age 22

“When I laid on the bed, I thought that it was as close to giving birth as I want to get. During the procedure, I kept praying that my brother has kids because I am officially not having any. During the blood test, I started to recount every single sexual encounter I had had. I was freaking out. When I got the results, I was pretty excited to have sex again.”, Age 21

“I served as moral support & company for a friend who was scared he had contracted an STD. In less than 30 minutes, we knew we were HIV free and happily accepted a goodies bag filled with lube and free condoms. Ignoring the recommendation to call for an appointment for the free full tests, I put off getting tested, even lying to partners saying I had. I put off STD testing for a mix of reasons but the main two were: there were people I hid my sexuality from (family) and I felt a bit ashamed of running into someone I knew at the clinic. But now I understand how ridiculous and truly harmful being shady/sketchy about your sexual health really is.”, Age 19

“Under the anonymous safe zone of being in an exchange program, I went to get tested after finding some warts. After probably two weeks of googling STD images, I had a pretty good idea of what I had but I went to get tested to be certain. The doctor treated my warts by freezing them or something (the fact that to this day I’m unsure of what exactly the course of treatment was talks horribly of me as a patient and of him as a doctor). The guy didn’t seem to plan on telling me my diagnostic until I went directly to the point: “Is this HPV?”, Age 21

“After three sexual partners, I had never gotten tested. Finally, I decided to do it because I had been with my boyfriend for two years. It was nerve-wracking because I had spent weeks searching online how you could catch an STD and I had practiced many of them. During the test, I fainted, probably because I was too nervous. Everything turned out fine, but not being sure of your sexual health status is pretty irresponsible. I know that now.”, Age 21