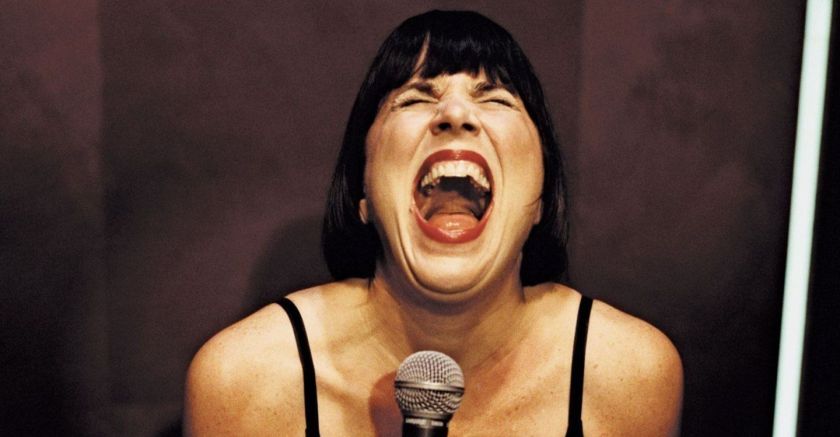 The vagina has stood at the conjunction of two very different life experiences. On one hand, it has been the axis of hateful rhetoric from people, whom have not grasped a profound understanding of the emotional and psychological burden that the female genitalia represents, and on the other, it has constantly proved to be a symbol of resistance and empowerment to many women across the globe. Historically, women were believed to be unable to climax, so they were used by men for their own sexual pleasure, while her experience was regarded more for reproductive purposes. Which is why, when women discovered the clitoris as a tool of self-pleasure and shed public light to a subjugated subject (the enjoyment of intimacy, far beyond the interest of giving birth), people reacted in different ways.

Young women are taught that the vagina is like a “flower”, a term that although could romanticize the organ, it also portrays the vagina as an object that withers through coitus. Therefore, once the vagina is penetrated there is no turning back and, just like a flower, you can’t put the petals back together. A woman growing up in constant fear of sex can traumatize her and lead her to believe she is degrading her own integrity and values once she decides to do it, which is why women rarely talk about sexuality as well as other issues that desperately need a forum. Eve Ensler, creator of The Vagina Monologues put it in the following terms:

“And I am reminded how isolated women are and how oppressed they often become in their isolation. How few people they have ever told of their suffering and confusion. How much shame there is surrounding all this. How crucial it is for women to tell their stories to share them with other people, how our survival as women depends on this dialogue.” (Ensler, 96).

Additionally, this belief can lead to an idealization of what a sexual experience should be like and eventually affect a woman’s future intimate performance and satisfaction. Which is why I believe the reason why society distances itself from understanding the subjects related to the female reproductive organ is because as Eve Ensler stated: “there is so much darkness and secrecy surrounding them [the vaginas]- like the Bermuda Triangle. Nobody ever reports back from there”, (Ensler, 2).

In order to esteem female orgasms as an essential part of the understanding of the female body, it is imperative to comprehend how the clitoris encompasses the overall enjoyment of sexual intimacy. The clitoris has over 8,000 nerve endings, twice as much as the penis (Ensler, 22) so orgasms will be significantly more intense amongst women. However, overall sexual education consists of drawing an indelible line between the woman’s sexual organ with the vagina and the man’s with the penis. The pact is almost unbreakable and it constantly resonates in contemporary high school sexual education. The understanding that a woman’s sexual organ solely focuses on the vagina, leaves out whatever pleasure she could experience from the clitoris, through which, with proper stimulation, is ultimately how she climaxes. Meanwhile, the penis is the only source of pleasure of a man, which is why people tend to have more knowledge on how ejaculatory orgasms work for men, while female orgasms and ejaculation seem to be clouded by a large gray and mysterious cloud. Female writers Vivian Gormick and Barbara Moran established in the book Woman in Sexist Society:

With the demystification of the clitoris, more men and women are educated on female sexual pleasure. This has somewhat changed the phallic-centered panorama and has progressively worked in making the vagina an equally important part of the equation. This achievement, however, is a product of century-old efforts of understanding female genitalia repression in order to avoid some behaviors that have affected women in the past.

Fortunately, social media has helped popularize and destigmatize women orgasms through the portrayal and depiction of many platforms that speak and advocate for them. In Puerto Rico, for example, the Facebook page, Papaya Tropical publishes weekly articles that speak on several topics concerning the vagina. Buzzfeed and Huffington Post, are two other media outlets that, in an interactive and entertaining fashion, generate rich and varied content about vaginas. Finally, the book She Comes First: The Thinking Man’s Guide to Pleasuring a Woman by Ian Kerner was written for a male audience. Kerner begins his book by confessing he is a premature ejaculator, and without embracing the clitoris he would not be able to make a woman climax. Also, he thoroughly explains the clitoris as a multidimensional organ with several key nerve endings that make for a better, more intense orgasm. The book is a stepping stone for women and men because it educates an entire population that has been kept at the margin in terms of female genitalia and that wants to break the barriers of secrecy and taboos.

Feminism boards many branches and topics such as equal pay showcases how much work there is still to do. Sexual equality is a topic that has been made more visible to the general public and it is of utmost importance that it remains as such. However, basic understanding of women’s anatomy is something that everyone should know and the fact that there is still so much confusion over it shows a deficient educative system that needs to be improved since the elementary level. An article published in The Atlantic by writer Barbara Dafoe Whitehead criticizes how traditional sex education is carried and suggests what it should be:

Finally, female orgasm transcends sexual education and lands on gender perspective as well. So in efforts to sympathize with the opposite sex, first it’s imperative to understand the history of repression and the struggles both genders have endured due to social standards and norms.