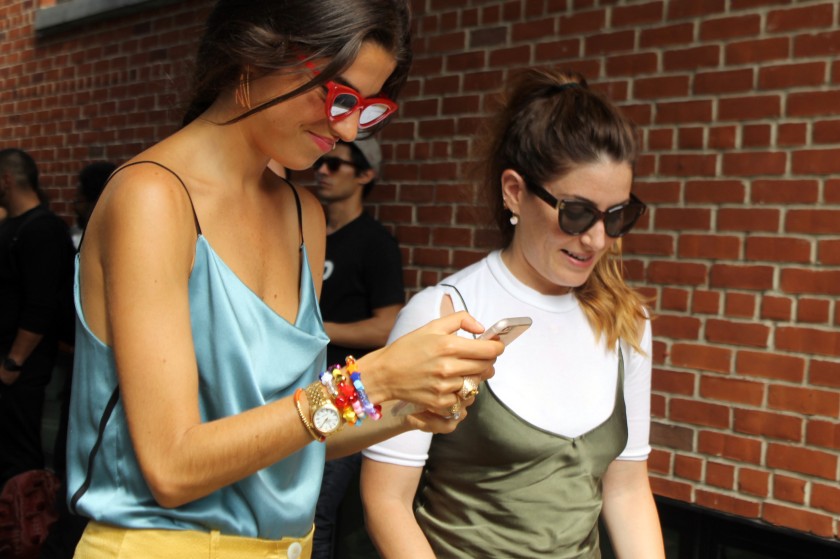 The approach I’ve taken to fashion has never come from the perspective of just putting outfits together. As a child, I had the opportunity to observe two women— my mother and grandmother— get lost in sewing books, patterns, magazines and textile shops to create the perfect garment. Most often than not, those dresses ended up in photography albums that narrate the trajectory of our family’s history. So, whenever I sat next to them, admiring the hard work they put behind every stitch, it became clear that fashion was not materialistic, but rather cultural, emotional and artistic.

I’m tired of being reduced by my love of fashion just because it’s not recognized as an art or important enough to attract someone’s interest as a scholarly discipline. Since the minute I started vocalizing my interest in working inside the industry the comments have been far from positive. I have found that, as a journalism student, I’m referred to as an entertainment journalist, and therefore, cooped up inside a box with the Giuliana Rancic wannabes of the world.

The rejection is the least of my worries, truly. Instead, what really troubles me— and therefore, an entire group of young women and men— is the cultural misunderstanding that fashion is vain, superficial and unimportant. Furthermore, it’s the scholarly barriers that somehow prevent fashion from being discussed as an important subject in today’s society, not just as the art itself, but as the psychological, anthropological, environmental, sociological and economic impact it has on our world.

For many young women with an interest in intellectual development, it’s frustrating to confess to a crowd of colleagues and classmates that their interests lie within the fashion industry. Personally, I’ve had to hide it underneath the title of ‘cultural journalist’ because since freshman year the career of ‘fashion journalist’ has not been well-received. And yes, it is stupid to care about what a mass of lost freshmen think about my career choices, but who hasn’t tried to be liked?

Still, there is hope. For me, it came in the form of a young editor at Diálogo, the University of Puerto Rico’s newspaper. She was the first editor to not cringe in front of me whenever I brought up a story about a fashion show or pitched an opinion piece on the opportunities the Puerto Rican fashion industry had whenever its designers showcased at New York Fashion Week. It was a mixture of cultural analysis and fashion veneration that only a smart badass like her would dare publish on a newspaper that thrives on intellectual discussions.

Fashion is not banal. It’s trillions of dollars, millions of jobs, artistry, history and sociology combined in a discipline that few understand, but impacts the reality of our daily lives, whether we like it or not. The homo sapiens is a species that evolved to get dressed. Yes, maybe if history had gone into another direction we could be going to work fully naked, which is a concept that I would not be against. But, the relevance of fashion in a world where millions get dressed— and millions don’t— is definitely one of the most important issues to work on in our time.

Clearly, fashion is more than the trends that emerge from Fashion Week. The present debate of its irrelevancy is pure evidence. For women outside the United States and Europe, their clothing choices make them face death threats that derive from the subordination of women and their social and economic disadvantages, which, in tandem, brings up debates about gender and inequality around the world. The reality of fashion outside its four meccas reveals why we should care about it as a cultural signifier, rather than pure capitalist machinery.

And, as a journalist, these are the issues that ignite my devotion to fashion and why I refuse to hide behind an ‘accepted’ career description that does not define properly what my work is about. I don’t intend to cover up anymore because, no matter how eccentric or questionable it is at times, fashion matters.